We are in the forage dry matter and livestock performance business, our objective is to provide the highest results to a simple equation:

This formulation is specifically blended with top performance grasses and clovers that combined offer a well balanced range of flowering timing meaning each variety is at peak production at slightly different dates. Also a good balance of ploidity giving leading palatability and digestibility for this ME rich mix.

Each component of this mix serve the correct balance of N fixation, flowering timing, ploidity, ME, protein and fiber. This formulation is specifically blended for the nutritional, palatability and persistency requirements of top performance sheep & beef breading and fattening units.

This unique blend has been formulated to combat the demands of a range of fertility levels, including some limiting moisture tolerance.
Late Winter/ early Spring strength gives feed for lambing, calving as well as balanced selection of persistent varieties makes this mix a reliable option.

Over Sowing - Fill the Gap

An affordable top up option, can be direct drilled into existing pastures or in some cases spread on. Contest is a short rotation Italian ryegrass that can offer 12-24 months vigorous. This means that by the time Contest performance is starting to fade the White Clover and Plantain are well established. Contest can be substituted with Dual Hybrid Ryegrass to offer more persistence from the grass component.

Heavy with legumes and herbs and suitable to most drillable country. Each component plays a role in superior stock health and performance, with calculated self sustainable levels of N fixation to provide Primefest and Hercules a fantastic growth platform. This mix offers huge ME, protein rich feed. Chemical control for Thistles and weeds is limited.

Calm Health Horse Mix is lower in NSC (sugars) then ‘high production’ rye-grasses/tall fescues and other ‘higher yield’ solutions. When growing grass for horses it is not about ‘yield’. To keep your horses healthy, we designed this mix which does not contain any hormonally active compounds, so you can be sure in the product you buy. Click here to contact us and find out more. 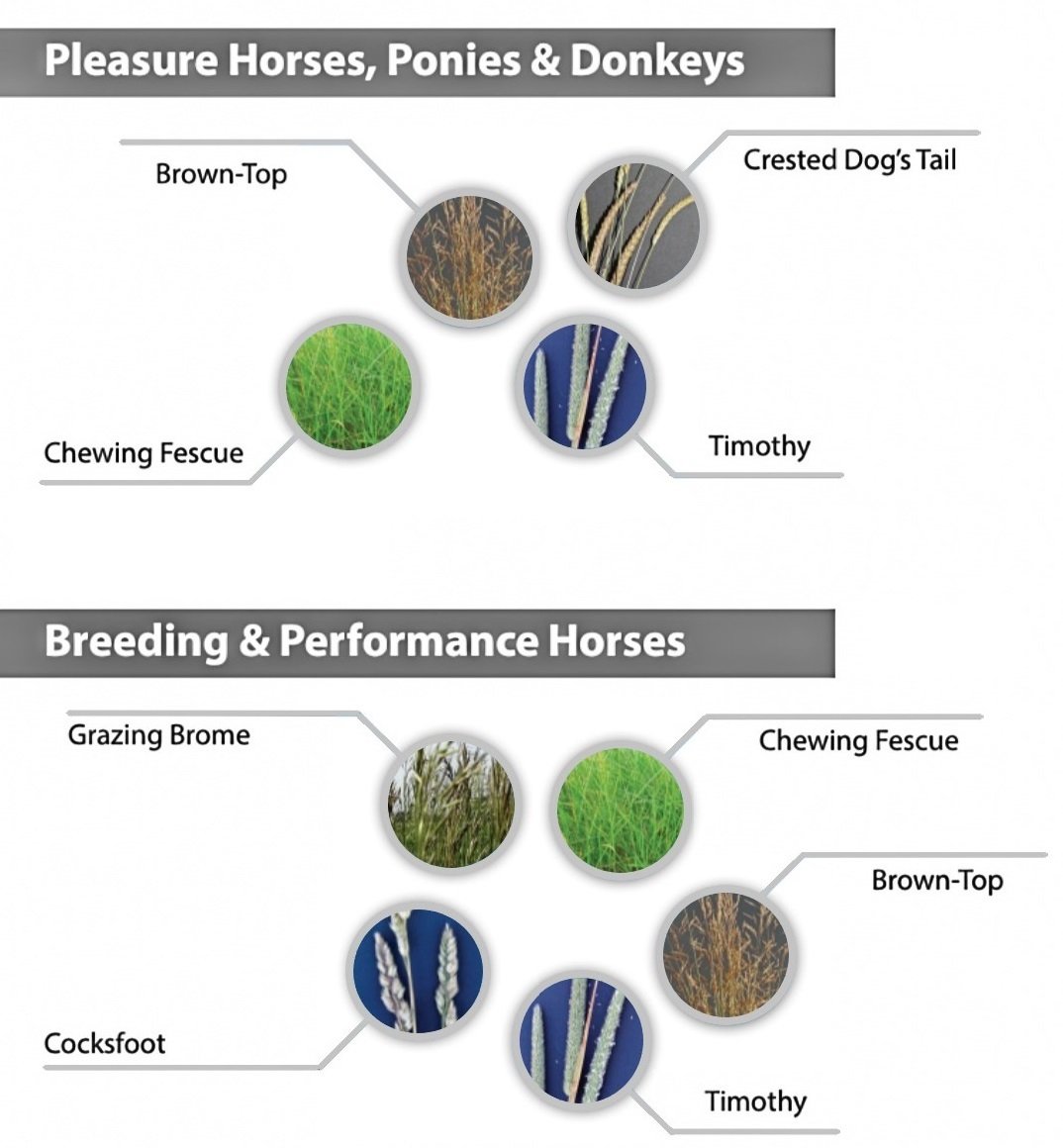 Nectar Injector Mix provides high feed value forage for honey bees, bumblebees, and other pollinators. The Bee health advantages of this forage blend bees capabilities fending off disease and parasites. Click here to contact us and find out more.

Nectar Injector Mix provides high feed value forage for honey bees, bumblebees, and other pollinators. The Bee health advantages of this forage blend bees capabilities fending off disease and parasites. Click here to contact us and find out more.

Varieties that are hard seeded or easily re-seeded are very suitable to being flown/spread on existing productive pastures as well as under developed areas.

Combining fertiliser applications with seed has traditionally meant using ‘’cheap 2nds or rubbish” seed. It is complete false economics to use less than the best seed as addition to fertiliser applications, 2nd rate or rubbish seed is often un-uniformed in size and weight, generally has poor germination results and most often contains a percentage of weeds. The varieties recommended here for spread/fly on are uniformed in size and weight as well as have purity and germination certificates. For minimal outlay from as little as $20 Ha a herb and legume can be added to your Fert mix and for a very modest investment a more aggressive campaign with several legumes and herbs can be applied with ongoing N fixation ability to bolster the herbs performance. 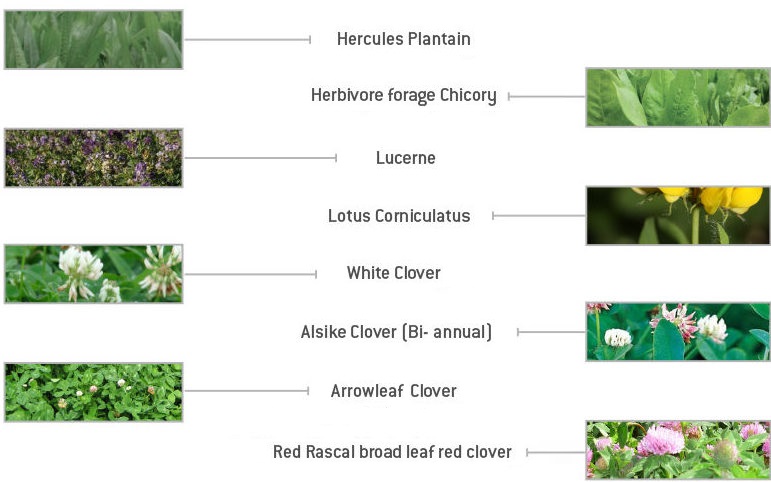 We distribute via all independent seed resellers.
Contact us and we can help streamline the delivery process to insure your reseller can deliver as fast as possible.

Thank you, your sign-up request was successful! Please check your email inbox to confirm.

We promise not to spam you with emails!